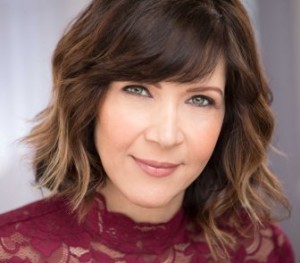 Singer-songwriter and author Zara Phillips reveals a righteous and emotive voice on her Meditation and Kitkats album, which will be released on May 8 via CD Baby on various streaming platforms. Recounting her journey of growth through childhood, addiction, recovery, parenting and divorce, and reflecting on living as an adoptee, she stays optimistic. Even at the saddest moments, “life can also have joy and happiness,” she said in an interview.

Produced and arranged by Richard Thompson — who lives, as Phillips does, in Montclair — and mixed and mastered by Simon Tassano, the album features an all-star cast, including Thompson on guitar, mandolin, dulcimer, accordion and harmony vocals, Michael Jerome on percussion, David Mansfield on violin, Taras Prodaniuk on bass and Phillips’ daughter Arden on harmony vocals. Prodaniuk, Tassano and Jerome have toured with Thompson for years.

Phillips will perform songs from the album, with backing by Thompson, on her Facebook page, facebook.com/zara.phillips1, May 9 at 4 p.m.

Phillips reacts to grief by pouring her loss into songs, and finds writing therapeutic. The album captures some of the loss she experienced in 2018 when her birth father and her adopted father both died, as did a close friend, photographer Andrew Cohen.

The album’s title describes two things that have long gotten her through the vicissitudes of life: meditation and KitKat chocolate candy bars. “I love KitKats — they have gotten me through the difficult things in life,” Phillips said, adding, “the English ones are better.

“These are a group of songs about a few difficult years. And meditation shuts out all the noise and gets me reconnected. It gives you intuition.”

Thompson has been very supportive of her development as an artist, advising her to push herself beyond what she accomplished on prior albums.

“I hope people like the music!” said Thompson. “I think it’s a really strong selection of songs.”

Phillips said Thompson “really pushed me to go further with this album than I ever had. It was a struggle at times. Bringing him my songs was quite intimidating — someone of his caliber. I would take songs to him and he’d say, ‘Have you considered doing things this way or that way?’ He’d help arrange the songs in a way I haven’t done before.

“He’s a good producer and arranger. We’d talk about each song and what I was trying to say. If I sang him a melody, he’d say, ‘Let’s think of a different way.’ He gave me some tips of changing things, vocally.

“The challenge is that you want to progress and not get stuck in a rut. I learned so much from him about the craft of songwriting.”

She said that two of the album’s songs, “Heartache” and “Just Enough,” were written soon after her birth father died. “I only got to have two years of knowing him, and I was devastated,” she said. “Nine months before that, my adopted father had passed away, and Andrew Cohen (died) in February. In 11 months, I lost them all. It was a tough time. The writing was a place to put all the grief and emotion.”

During the pandemic, she has kept busy writing and recording the album, and spending time with her high school- and college-aged daughters, who are both studying remotely. She pointed out that it’s not so different for her because she spends so much time alone, writing. “We had been working on the songs before the pandemic, but recording (occurred) during that time and it really gave us a chance to dive in and record,” she said.

“As artists we often work alone, so in that sense it has not been difficult. The hard part is not being able to do live shows.” 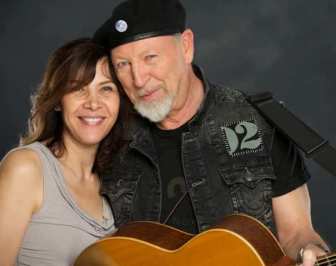 Thompson said the coronavirus lockdown has represented “an opportunity to finish Zara’s record without distractions. We managed to get David Mansfield over to play fiddle before the pandemic really took off — likewise Michael and Taras sent their parts in from a studio in L.A. when that was still possible.”

Thompson booked her to perform backing vocals on his tours, which have been cancelled due to coronavirus, but when the shows resume, she will be singing with him. She joined him recently on backing vocals on two live Facebook shows that engaged a large audience.

She is also joining Thompson for frequent walks amid the flowering trees of Montclair. There’s not much else to do right now. (We follow the same path in town and wave and dodge each other to abide by the six-feet distancing rule).

Always busy creating something meaningful and beautiful, Thompson is also planning to release a five- or six-track acoustic EP. “Probably (a) digital-only release, given the times … no title yet, or release date,” he said.

Phillips’ songs resonate for many of us who have experienced a deep sense of loss and sadness that we have spent many years resolving, while remaining productive. Sometimes our most painful life experiences make us produce our best work. That is the case here. Phillips dedicates the album to “all my parents … for creating me and raising me. I am made up of all of you.”

Some people send holiday cards with a narrative that presents the perfect family with a list of achievements and family vacations spent in European castles. Phillips shares an honest and palpably painful picture of growing up feeling displaced and disconnected.

In “Perfect Stranger” she sings with her deep voice framed by Thompson’s stunning arrangement, which sounds like a traditional Irish ballad:

“A song is never really about one thing,” Phillips said, adding that “Perfect Stranger” is “about flashbacks to past and present. It’s about life as an adoptee and how I felt within my family.”

With a rock edge, she sings in “Heartache” of a troubled, longing heart:

You’re no stranger to me, you follow me,
Heartache, taunting me.
I can’t go back. I can’t change anything
The truth is hard. I’m trying to take it in.
I tried so hard to fill each crack, to not let you in, to fight you back …
Now I know, I love you so, you’re part of me,
Part of the plan, I don’t understand. I’ll take my chance,
I’ll let you in, embrace you, talk to you, talk to me.

She recounted in her 2018 memoir, “Somebody’s Daughter: A Moving Journey of Discovery, Recovery and Adoption,” her journey of understanding and coping with the impact of adoption and her difficult search for her birth parents, along with her experiences confronting addiction. Soon she will be recording an audio version of this book. 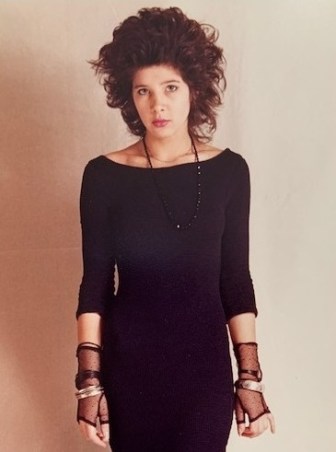 Born and raised in London, she moved to Los Angeles in the 1990s to develop her musical career after performing as a backing vocalist for bands and artists, including Bob Geldof. In addition to touring with Geldof, Phillips worked with U.K. artists Matt Bianco, Nick Kamen, David Essex and John Illsley (of Dire Straits). She recorded two previous albums, When the Rain Stops (digitally released in 2016) and You, Me & Us (digitally released in 2011), which includes the song “I’m Legit,” co-written by Run-D.M.C.’s Darryl McDaniels.

As with many songs, the meanings are subtle and often change significance as we live our lives. However, “Love Is the Wheel We Are Broken On” is clearly about the difficulty of guiding adult children through a complex world, a “world on fire” with “schools locked down” and “guns in the classroom” and “greed and envy all around.” She affirms that she will have her children’s backs “no matter where you go.”

She wrote this song “in despair about the President, global warming, the economy. I have young adults, and they are very aware of what is going on in the world and I have no words anymore. How do we help them? There’s only one thing I know and that’s love. That’s all I can answer.”

She sings in this song, “My heart will never change, love will see us through, I’m always here for you. We won’t be torn apart; the ties will always bind.”

For more on Phillips, visit zaraphillips.net.

After celebrating milestone, Richard Thompson gets back to work

Here is the video for “Heartache,” which was filmed by Thompson: