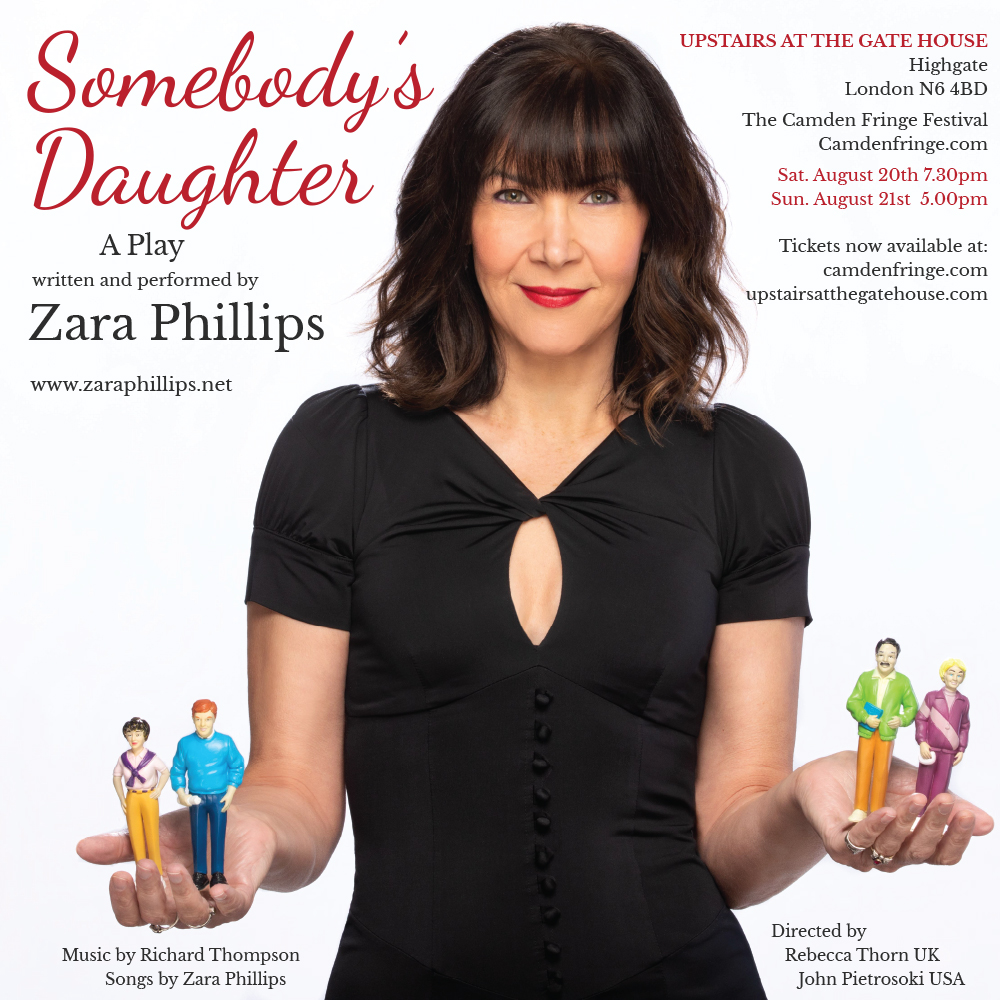 Somebody’s Daughter is a one woman show based on Zara Phillip’s book of the same title.
Adopted as a baby in the 1960’s, becoming a backing vocalist to well known bands in the 80s, and getting sober at 22, Zara takes us on her journey to uncover the truth about her history. The story is told with humour and no-holds-barred honesty about the complexity of having four parents, becoming a mother, and learning to navigate it all.
Directors: Rebecca Thorn UK, John Pietrosoki USA
Music: Richard Thompson
Songs by Zara Phillips 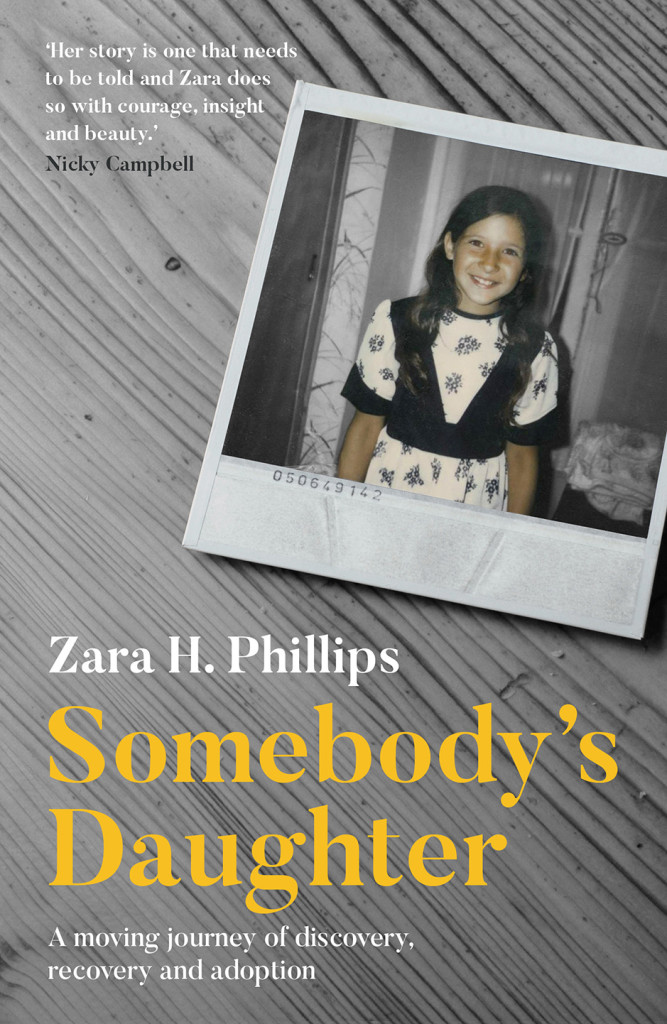 Get your tickets now!

Tickets now available at:
Upstairs at the Gate:  upstairsatthegatehouse.ticketsolve.com/shows/1173625447